By Bob Garver   It has been well-established that “Spider-Man: Far From Home” dominated the box office over the Christmas and New Year weekends, with “Sing 2” putting in a strong showing at #2. After that came a cluster of also-rans, none of which did particularly well critically or commercially. Rather than single one out, I’ve decided to take a look at three in one sitting, starting with the biggest disappointment… Only $30 million over two holiday weekends? For a franchise that held the record for biggest opening weekend for an R-rated movie for over 10 years? The new movie must really be bad to perform this poorly. And yes, it is. Keanu Reeves and Carrie-Anne Moss are back for this shameless cash-grab of a sequel (minus the part where it grabs much cash). Beloved original cast members Laurence Fishburne and Hugo Weaving are not back, their roles recast with Yahya Abdul-Manteen II and Jonathan Groff, respectively. I’m sure the film explained why Morpheus and Agent Smith don’t look the same this time around, but I couldn’t follow it. Just like I couldn’t follow the movie digging up one piece of 20-year-old “Matrix” lore after another. The film makes lots of meta-jokes about how the series should have been left alone, but the soulless studio had to interfere. The trilogy wasn’t exactly perfect the way it was, but this way-too-late revisiting isn’t helping its legacy, and the self-deprecating humor only makes things worse.

“The Matrix Resurrections” is rated R for violence and some language. Its running time is 148 minutes. 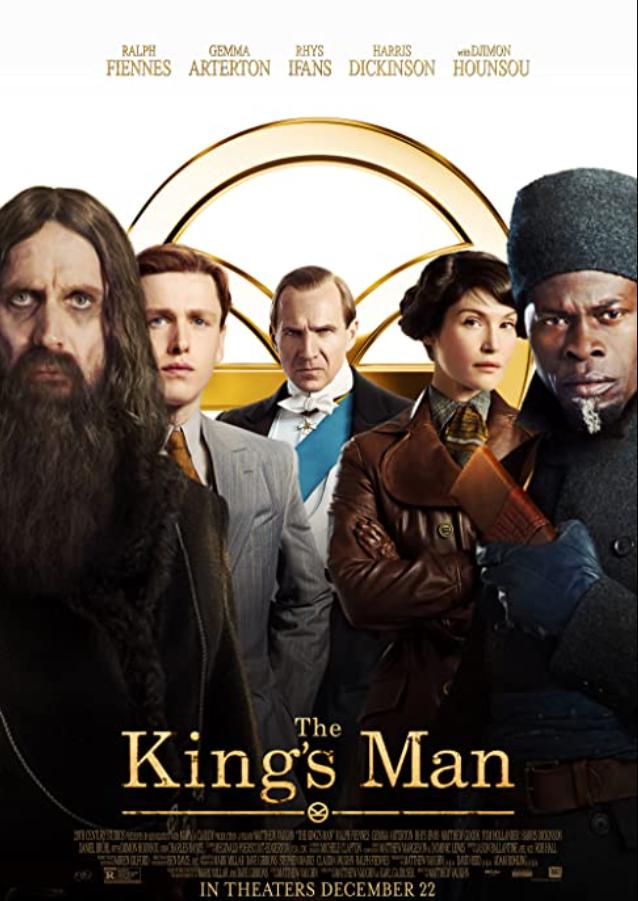 I enjoyed 2014’s “Kingsman: The Secret Service” and even have a soft spot for its 2017 sequel “The Golden Circle.” This prequel gave me much less enjoyment and it will not occupy a soft spot in my heart. Ralph Fiennes stars as Duke Orlando of Oxford, a British aristocrat in the early 20th century that desperately wants to stop the world from going to war, to the point where he will engage in some battles of his own. I guess Fiennes saw the success of his “Schindler’s List” costar Liam Neeson and decided that he too could reinvent himself as an action star in his 50’s. He’s trying, but the rest of the movie lets him down. The other two “Kingsman” movies balanced outlandishness and heart so well, but this one just takes itself too seriously too often, especially in a storyline where Orlando’s son (Harris Dickinson) wants to go off to war. Things are only fun when the villains are onscreen, with Rasputin (Rhys Ifans) being a particular scene-stealer. The film is unsure of what tone it wants, which ironically makes me very sure that it’s an uninteresting mess.

“The King’s Man” is rated R for sequences of strong/bloody violence, language, and some sexual innuendo. Its running time is 130 minutes. 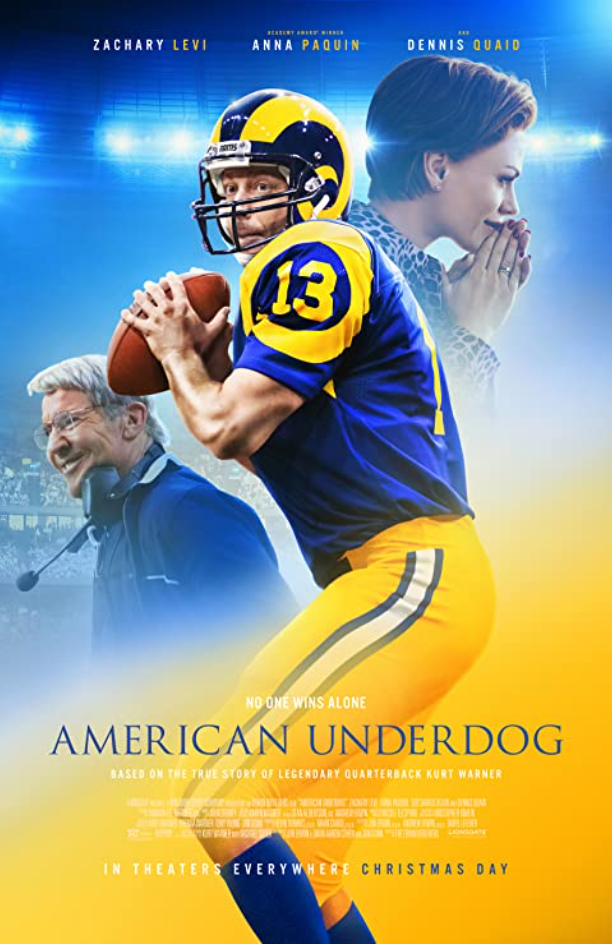 The story of Rams great Kurt Warner (Zachary Levi) is seemingly tailor-made to be an inspirational sports movie. We see the quarterback as he rises through high school, ekes out a decent run in college, goes undrafted for the NFL, falls, lasts one day with the Packers, falls, falls, falls, makes a comeback through arena football, and finally makes it into the NFL for a first-year Super Bowl win. But it’s not all about football. We also follow him as he pursues a relationship with his eventual wife Brenda (Anna Paquin). This is a struggle too, as the couple has to deal with financial woes, a special needs child, and a demanding road schedule. But there’s a Brenda Warner credited as an executive producer in the film’s titles, so my guess is that things work out. Simply put, if this is the kind of movie you like, you’ll like this movie. I’m not a sports guy, and some of the conflict seemed forced despite its real-life basis, but I see the appeal. Like its main character, this movie has a big heart, if not much else.

“American Underdog” is rated PG for some language and thematic elements. Its running time is 112 minutes.